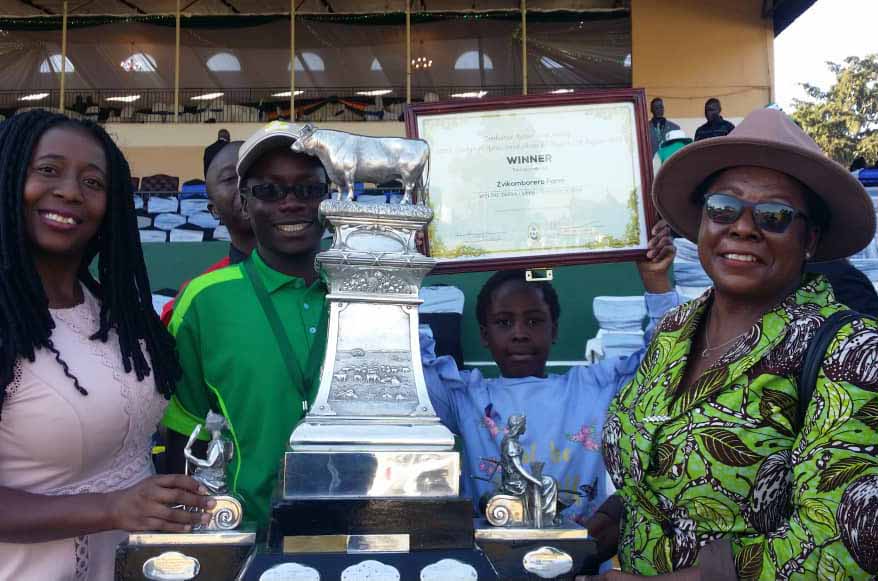 LOCAL Agricultural company, Zvikomborero Farms Private Limited on Friday for the first time scooped a prestigious award, a grand champion award after emerging as the overall winner in the livestock sector at the at the Agricultural Show.

The 109th Zimbabwe Agricultural Show that started on Monday, has been held at the Exhibition Park in Harare and it was officially opened by President Emmerson Mnangagwa on Friday.

Zvikomborero Farm managed to be the overall winner in the livestock sector that include cattle breeding, sheep breeding, goat breeding and piggery.

In an interview with Zim Morning Post, Zvikomborero Farms Chief Executive Officer, Devine Ndhlukula said she was humbled that her company for the first time managed to scoop the award after it has been going to top breeders since 1942.

“This is the overall winner in the livestock sector meaning for all animals, beef cattle, the goats, sheep and piggery.

“We are really humbled, because this trophy has been going to top breeders since 1942. So for us to be part of this little group of breeders that have done very well, we are very humble,” she said.

Zvikomborero farm had chosen to concentrate on breeding local breeds like Tuli, Mashona and Boran due to the change in climate and most of their animals won first prizes.

“Most of our animals were getting first prizes and grand champions on various breeds.

“We won in Tuli, you know we have chosen to breed local breeds like Tuli, Mashona  and Boran,” said Ndhlukula.

The circumstance around the winning of the grand champion according to Ndhlukula is hard work especially in the last five years.

“I have been farming on that farm personally for the last 27 years. In the past five years we have been scaling up because the is a demand for good breeds of cattle in Zimbabwe.

“We work with Non Governmental Organisations (NGOs) and they buy lots of cattle from us,” she said.