Agribusiness is the next big hustle

HomeNewsAgribusiness is the next big hustle 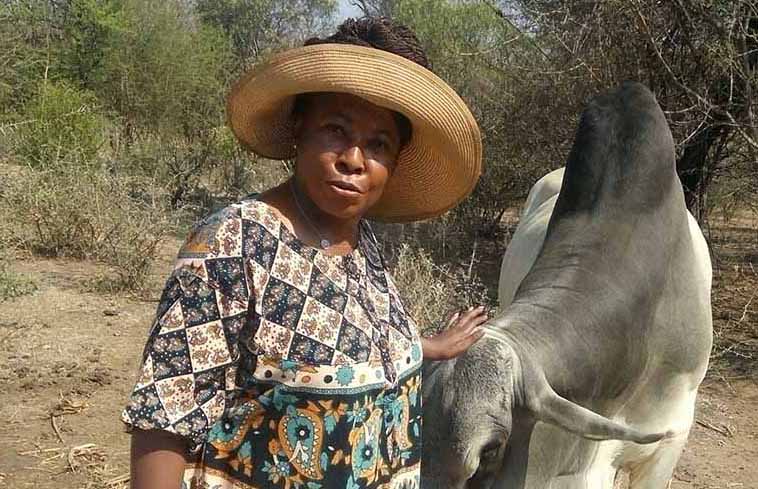 The mere mention of Dr Divine Ndhlukula’s name brings to mind the picture of a well-manicured and toned businesswoman of repute who boasts top-notch business credentials.

Dr Ndhlukula is the founder and managing director of Securico, one of Zimbabwe’s largest security companies.

The Harare-based outfit is a market leader in the provision of bespoke guarding services and cutting-edge electronic security solutions.

Through hard work, determination and focus, Dr Ndhlukula has built the company to become the most respected and sought-after player in the se-curity industry locally and internationally.

Not only has she broken the glass ceiling in business and entrepreneurship, but Dr Ndhlukula is the largest employer of women in Zimbabwe, out-side the civil service.

However, beneath that veneer of finesse, is a rugged successful farmer who has made great strides in commercial farming, mainly in livestock pro-duction.

Though she has on several occasions admitted that she got into farming by default, Dr Ndhlukula has successfully built a lasting brand as a goat pro-ducer of repute through her Zvikomborero Farms.

Although she is also into horticulture and table eggs production, her mainstay is livestock production.

She joins a league of women who are taking farming seriously and on a large scale.

This is the breed of women who are demystifying the notion that the female populace in Zimbabwe, and probably in the region does not have am-bitions beyond subsistence farming.

Boasting of years of experience working in farms and in their own pieces of land, the majority of women in Zimbabwe and the region are best placed to ensure food security, once they are well resourced and supported in agriculture.

Their expertise and numerical significance should ably ward off food challenges to cater for the growing populations, which are also faced with the challenges of climate change.

With the world population expected to swell by two billion people over the next three decades, Zimbabwe has an opportunity to step up and be-come a major global food production hub, to feed the local market and the region at large.

This is despite the fact that the continent has vast tracts of underutilised land and other enviable natural resources.

In addition to the food deficit against a ballooning population, climate change is already posing serious risk to Africa’s food security — and the world’s.

Last year alone, Tropical Cyclone Idai caused unprecedented damage in the country in Mozambique and Malawi, while catastrophic droughts and flooding have since affected South Africa and East Africa, among other regions.

Ethiopia, Kenya, and Somalia are under siege from a devastating locust invasion, posing a threat to food security in the region.

The prevailing aggravating situation presents farmers and women in particular with opportunities to venture into large-scale farming and amelio-rate food shortages.

Such business potential calls for both the Government and other stakeholders to change the current narrative, which impedes on women to realise their full potential in agriculture.

The first and probably critical issue is to fix customary practices affecting women’s rights to security of tenure and land ownership.

Currently, more than 70 percent of the women working on agricultural land do not own it, and that alone does not inspire confidence in them to be innovative.

Data collected during the formative stages of land reform and the subsequent stages that followed shows that only 10 percent of the land under the land reform programme, went to women, falling short of the 20 percent quota stipulated in Zimbabwe’s Constitution.

This was mainly due to cultural practices where land was only accessible to women through a patrilineal line.

Suffice to say, that trajectory has not changed, and this is an area, which needs to be looked into if women are to positively contribute towards food security.

And the fact that the majority of them do not own land, means that they are not financially stable and are therefore incapacitated or cannot borrow money from banks to fund their farming activities.

The few that have strained their backs financially to venture into farming have really done well and could do more with easy financial access and markets.

Sadly, linking women to financial access and markets has been slow in coming.

Long before the likes of Dr Ndhlukula ventured into farming, farmers from Domboshava and Mutoko were renowned for supplying horticultural products to Mbare Musika and other retails shops, across Zimbabwe.

Every morning groups of farmers would troop to Mbare Musika with an avalanche of horticultural products, which would then feed into urban sup-plies and sometimes find their way into some upmarket retail shops.

For the farmers, they were content with the proceeds, which they would use to build houses, electrify their homes, feed their families and pay their fees.

Sadly, on a national scale, generations of expertise and a possible opportunity of an export processing zone was lost.

Yes, the farmers from Mutoko and Domboshava had the zeal, energy and expertise to produce horticultural products, but they never benefited much from market linkages and value addition on some of their products.

It became a lost generation which could have been developed to meet export standards.

By now, these farmers would have graduated from being mere producers of fresh produce to canners and manufacturers of spices and other dried foods for the export market.

The Domboshava and Mutoko narrative should not be lost in translation, but should be used as basis for capacitating local subsistence farmers.

They have already shown the tenacity and enthusiasm.

The Government should therefore act as a guarantor and encourage financial institutions like the Zimbabwe Women Microfinance Bank to give farmers, in particular women farmers, loans for specified crops.

Success stories are abound of financial institutions that invested in women farmers and reported positive yields.

In 2014, the Government of Rwanda supported a land-husbandry project for women. At the end of the financial cycle, 85 percent of the beneficiar-ies became clients of formal financial institutions.

At least 70 percent secured tools to improve their farming methods.

In addition to the financial assistance, women need specialised agricultural training, child care and customised support to ease their double work load as farmers and caregivers.

Subsistence farmers can emerge stronger than before once they get good mentorship from firmly established farmers in the category of Dr Ndhlukula on how to turn farming into real business.

Part of the mentorship kit should include financial literacy training, use of technology in farming, access to markets and digital marketing.